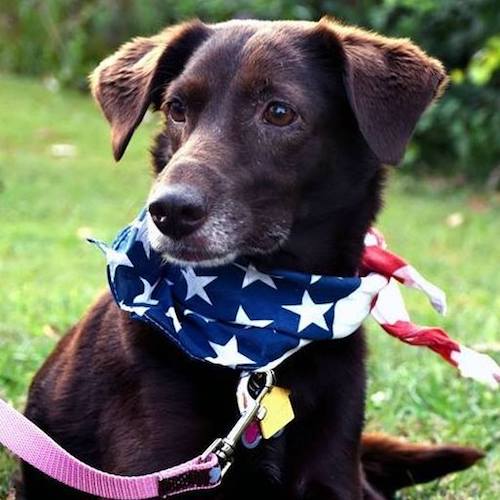 ​​Testimonial 1: Becky
"I first had contact with Sugarbelle Foundation through a Facebook post seeking a home for "Snowball," the white deaf cat who resided at the vet office. At the time I had a spacious house to share, so she took over my spare room as a foster-to-adopt. Birmingham animal rescue is a collective effort! I know from my other rescue involvement that adult animals with special needs are more challenging to place. She moved in with my rescues including fellow deaf cat, PrinceCharming. Skip to two years later: My contingency plans fell through in hopes to keep my cats in their Alabama home while I explored opportunities across the country in a rental house. Sugarbelle Foundation came to my rescue to care for both PrinceCharming and Snowball to be spoiled by their Aunt Jana Maynard until we could be reunited. My parents surprised me with a flight home to visit and sponsored a collective return trip months earlier than I could have planned. We now live happily ever after together in Phoenix, AZ! I am overjoyed that the Sugarbelle Foundation assists owners in keeping their furry family members whenever possible. Jana will forever have my gratitude♡"


Testimonial 2: Anonymous (to protect privacy)
"In November I had to move out of the townhouse I had rented for about 2 years. My primary income since 1998 has been social security disability, which isn't enough to even cover rent. I have been searching for a place to rent that I could afford on disability and part time working as a cashier, that would allow me to keep my two dogs with me. Peaches, a 12 year old hound mix, and Luca, a 5 year old German Shepherd, are my constant companions and help me keep going when the pain from my spine is awful. I have some days when it's difficult to move, and on those days my pups keep me company and motivate me to walk with them.

My youngest child had scheduled her wedding for mid-December 2017. We discovered a mass in Peaches' abdomen when I dropped the dogs off at a pet sitter’s house where they’d stay while I was in South Florida. This mass concerned both the dog sitter and me. Also, although both dogs were current on the rabies vaccines, they hadn't had any annual shots or checkups in over 2 years. The dog sitter contacted her friend, Jana, and asked if her foundation could help my dogs and me. The day after I returned from the wedding, we visited the vet thanks to Sugarbelle Foundation. Both pups were brought up to date on vaccines, both were tested for heart worm, and that mass on Peaches was biopsied and found to be benign - a fatty tumor. Yay! We were sent home with Peaches' meds for her low thyroid, which I had not been able to fill in about 6 weeks. We were also provided with them heart worm prevention meds for both dogs. A few days later, Jana met my pups and provided me with high quality food for the dogs. Luca has been a bit overweight since being neutered in Nov 2015, so Jana suggested that having better food would definitely help him trim up.

Since November 2017, I have been living in residential hotels. We landed in a residential hotel near my work and it has been more affordable and much easier on the dogs and me. Unfortunately, after a couple of weeks here, we got locked out, even though I had paid the rent for the week earlier that day. I had no money to rent a room somewhere else, and couldn't find anyone with this hotel or with the chain it is part of. So we slept in the car, turning it on to warm up every so often. Finally after being outside for about 14 hours, we got in when maintenance repaired the door lock. Apparently the stress and the cold were too much for Peaches, and she crossed the rainbow bridge later that day. I was hysterical, and called Jana, who rushed over and helped me load Peaches’ body into my car so I could bury her on my parents' farm in Chilton County. Jana really helped me cope throughout this time! She has checked up on Luca and me pretty regularly, making sure we have everything we need!

Without the support and encouragement from Jana and Sugarbelle Foundation, I might have had to either quit working and go live in my own tent, or place my pups with the humane society, which would have killed their spirits and mine. I am so grateful for the assistance and encouragement provided by Jana and Sugarbelle! She explained to me that the Sugarbelle Foundation was created to help people keep their pets with them, when circumstances change that they would require the pets to be given up. I am amazed at all she does for people and their pets. And I am grateful. I can't imagine having to give up my fur babies, and thanks to Jana and Sugarbelle, I not only have Luca, but he (and Peaches before her passing) were taken care of and fed. I wish the rest of the world were so kind and caring."

Testimonial 1: Jackie Causey
“A couple of years ago, we wanted to add another dog to our family. A friend recommended contacting the Sugarbelle Foundation as they sometimes had dogs in a foster situation that needed a permanent home. A family needed some assistance and asked Sugarbelle to help find a new home for their dog, Mollie. Mollie came for a trial visit over the Thanksgiving holidays and never left! The Sugarbelle Foundation tries to keep pets and their families together, offering assistance when they can. When families and their pets can’t be kept together, Sugarbelle works to find a foster or permanent home for the pet so the pet doesn’t end up in a shelter. When a family hits a rough patch in life, there are food banks and food pantries, but not a lot of places for pet assistance. There are times when a family pet has an illness or an injury and there is just nothing extra in the budget to cover the emergency. Sugarbelle can help and does help out. Without funds, Sugarbelle Foundation would not be able to help keep pets and their families together, nor provide assistance in times of emergencies. Every bit helps - being a volunteer, being a foster home, adopting a pet, collecting shoes, using the Amazon Smile app, or donating helps this organization to continue doing the important work they do”.

Testimonial 2: Lindsay K.
I became involved with Sugarbelle Foundation a little over a year ago when they stepped up to pull one of my dogs out of the shelter.  I’m a veterinarian and the clinic I’m at has the contract for all the stray animals picked up in that city by Animal Control.  Animal Control brings them to us where I vet any life-threatening emergencies/illnesses and then we hold them for 10 days.  If no owner comes forward to claim them, then it is up to the vet clinic to decide if we deem these animals adoptable or not.  We have a great track record of adopting out our unclaimed animals, but Lana was a little different.  She came to us wounded, emaciated and terrified.  She had what appeared to be a deep knife wound that encircled the underside of her neck.  I treated her neck injuries immediately and when her person never came to claim her, I spayed her and got her ready for adoption.  She had to be treated for TONS of intestinal parasites and she was found to be heartworm positive.  This was discouraging news. She was terrified of everything AND heartworm positive.  Even after a week of socializing with the employees, she wasn’t making much progress.  And heartworm treatment is expensive!  I was worried that the right family wasn’t out there for Lana.  She needed a special home, where her new people understood the time it was going to take to socialize her after her years of being bred repeatedly and mistreated.  It was going to take a lot of time and patience.

I was really hesitant to even adopt her out because I wasn’t sure how she would behave around people in general (kids, neighbors, friends, etc).  But after a few weeks, she started showing some signs of progress with our staff.  She had selected a few staff favorites that she would let touch her and even pet her.
At this point, I held my breath, said a silent prayer and posted her on the internet with the caveat that she needs special care/handling not to mention heartworm treatment.  Crickets....and more crickets....

I knew she was going to be too much for anyone to commit to taking on.  And that’s when Sugarbelle Foundation stepped in after seeing my post about Lana and wanting her to have a second chance at life.  They took the time to meet with her and asked all about her specific needs.  They wanted to make sure they understood exactly what they were taking on with her so that they would be prepared to give her the best treatment possible in a foster home.  They were also prepared to see her through the heartworm treatment process, which is expensive and tedious with the strict rest and medications required. I was still a little hesitant about how Lana would be in a foster home, but they proved that every bump in the road that she hit they were prepared to handle. I cannot say enough great things about this group.  Everyone wants to adopt the cute puppies, the big goofy kid-friendly adult dogs, and the abandoned purebreds. But Sugarbelle could see the potential in this timid ghost of a dog and brought her back to life. They trained her, encouraged her, loved her, and gave her a second chance to become someone’s beloved pet.

Testimonial 1: Gabby
"Jana was my sixth-grade science teacher, and she spoke about different opportunities in class. At the time, I thought I wanted to be a vet when I grew up so when she asked for volunteers at different events, I was one of the first to sign up. After sixth grade, I continued to volunteer at the shelters Jana worked with. When she created Sugarbelle it was a no-brainer to continue to be involved. Sugarbelle is like home to me. The organization’s message and role in the community fit in line with my personal morals. I’ve been volunteering with Sugarbelle for 5+ years, and I wouldn’t be the person I am today without my involvement with them. I think the reason why most people don’t get involved is that they don’t have time. Sugarbelle has the advantage of not needing a large time commitment. Most of the events occur on a monthly basis or don’t even require you to travel anywhere. Unlike fostering where you are undertaking a large responsibility, with Sugarbelle you can fluctuate your involvement based on what is going on in your life.  Sugarbelle is the perfect middleman to prevent animals from ending up in the shelter in the first place. If more organizations like Sugarbelle existed, a butterfly effect would be observed in that fewer people would give up their animals, fewer animals would be in shelters, fewer animals would be put down, fewer supplies would be needed by shelters, less large vet bills, and so on. The conceptualization of Sugarbelle is revolutionary and will change the way we approach solving the problem of homeless pets".

Testimonial 1: Kathy
"MY EXPERIENCE WITH SUGARBELLE VS. A BREEDER WHEN ADOPTING OUR SCHNAUZERSI LOVE my schnauzer to pieces, but next time I will look to adopt (preferably from The Sugarbelle Foundation!)"
NOTE: Testimonials have been edited for length and clarity.

Visit us on social media for more information and updates!